Talk about irony. After nearly 25 years serving the homeless of Mercer County, HomeFront, the short-term residential haven for women and their children, was about to become homeless.

The State of New Jersey was preparing to sell the Ewing Township property where the non-profit’s Family Preservation Center had been a tenant for more than a decade. In former dormitories on the campus of the Katzenbach School for the Deaf, some 1,800 single-parent families had found food, shelter, clothing, art and education programs, job training, and more – with a goal of returning to independence and self-sufficiency.

But the future was uncertain. Miraculously, an opportunity presented itself in the form of an 8.5-acre decommissioned Naval base just a few miles away. In the works for seven years, the idea was formalized just in time. The federal government donated the base and surrounding acreage, which includes two additional buildings. By August, HomeFront expects to move into its 42,000-squarefoot building near the Mercer County Airport.

For Connie Mercer, who founded HomeFront at her kitchen table in 1991, the new home is a dream come true. It is so much bigger, cheerier, and more functional than the cramped headquarters at Katzenbach that she can’t wait to get in and start welcoming families—this time with fathers, too— across the threshold. 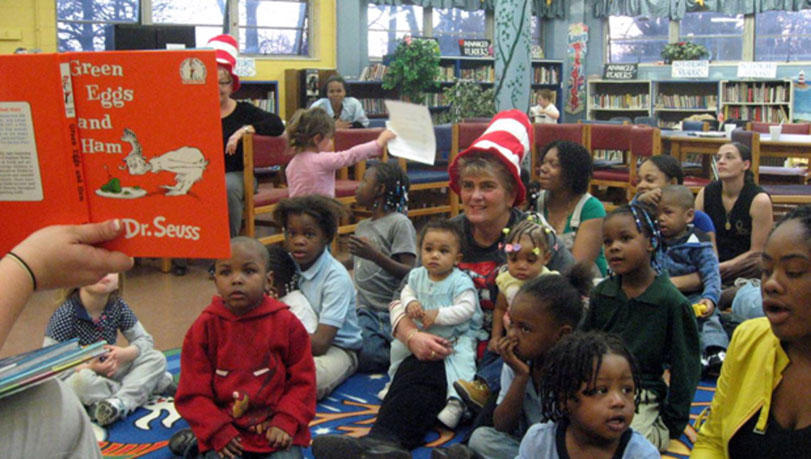 “There are people who have been clawing their way out of poverty and homelessness, which is a very difficult task,” she said, stepping over cables and construction debris during a tour of the unfinished building. Mercer’s knee was bothering her on this March morning, but she wasn’t about to let it stop her from taking in both floors of the building. “You need so many pieces,” she said. “Here, folks are going to have all of the opportunities to be safe and establish a foothold. It’s just extraordinary.”

Mercer stopped in the spacious area that will become a teaching kitchen. “Some of these mothers were raised by crack-heads. They have no life skills,” she said. “So they can learn them here. Having this kitchen is a huge advantage.”

“Bubby’s Kitchen,” named after Mercer’s late mother Bernice Roud, a popular presence at HomeFront, is just the beginning. There will be an airy art studio, a computer training center, a library, a lifestyles center for music, drama and yoga, and a round-the-clock childcare center. Rooms for 38 families, eight of which will be able to accommodate families with fathers, will have private bathrooms.

The new Family Campus will also provide on-site access to community partners, with working branches of the Mercer County Welfare Department, Womanspace, and a wellness clinic in partnership with Children’s Hospital of Philadelphia. “The on-site clinic for kids aged one to three will keep records, which is a first,” Mercer said. “And the main part of the clinic’s job, besides assuaging mothers’ concerns, is matching them with a pediatrician when they leave.”

Though the building was donated, the renovations —and they are extensive—are costing HomeFront $6 million. About three quarters has been raised, and fundraising is ongoing. “We’ve been blessed to have the Tepper family give us a $1 million challenge grant,” Mercer said. Stopping to marvel at the wall of windows that will flood the main floor art studio with light, she continued: “You can see rooms starting to take shape. Every time I walk through here, I can just picture how it’s going to be. It truly is transformational. There is nothing like it on the east coast.

The Flemington-based Pickell Architecture firm was hired to turn the forbidding facility into an inviting, family-friendly haven. With 19-inch-thick concrete walls and 90 holes to cut through for windows, they have had their work cut out for them. The building was “a hulking, ugly, hideous box,” said architect Chris Pickell. “And they wanted to make it as humane as they could. We carefully made some very large openings, with the biggest ones in the center of the building. We tried to align the windows at the ends of the long corridors, so you are always walking toward the light.”

Pickell is partial to the entrance sequence of the building. He designed curved tree canopies on the outside, “to add some fun to the box,” he said. “And on the inside, the main lobby and the art room beyond are a kind of showplace. We didn’t have a lot of models to follow, because no one that I know of has combined different elements like this. The building is really a great fit for what they wanted to put into it. There are so many different functions, and we managed to fit them all in gracefully, I think.”

The idea of shepherding a renovation project for a major non-profit would never have occurred to Connie Mercer when she was running her own executive recruiting firm from her Princeton home more than two decades ago. She has a background in human services and social work, so it isn’t that surprising that her friend Chris Hanson, a pediatrician with the Division of Youth and Family Services (DYFS), told her one day about the plight of the homeless in Mercer County.

Mercer winces at the memory. “He took me to see the motels on Route One, where people were being warehoused with no place to make their meals, no place for kids to play and do their homework, and no privacy at all. He said to me, ‘These are hungry, homeless people. You have to fix it.’ So at first I thought, I live in this wealthy town. It won’t be hard. Was I wrong.” 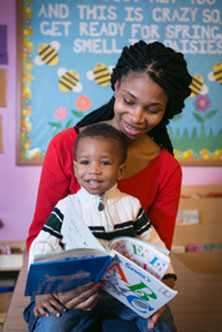 Mercer and some of her friends began taking food and clothing to the motels. They tried to make sure the children got to school. But every time they tackled a problem, another would crop up. “It was never the plan to turn it into a huge thing, but it grew like Topsy,” she said.

Mercer never gave up. Today, HomeFront has just under 100 units of permanent, affordable housing scattered throughout Mercer County. The non-profit gives out about $500,000 a year in an effort to prevent homelessness. The Robert Wood Johnson Foundation has funded a fleet of vehicles. NRG Energy has donated solar panels, installed at no charge and maintained for the first 10 years. Numerous other individuals, corporations and foundations have helped. “The community has stepped up,” Mercer said. “We have over 1,200 active volunteers. Last year we got over $3 million of in kind goods and services. HomeFront has become a vehicle for the community’s caring.”

Mercer has chosen a quote by Margaret Mead to be installed by the lobby’s water fountain. It reads: “Never doubt that a small group of thoughtful, committed citizens can change the world; indeed, it’s the only thing that ever has.”

The next phase of the project will include establishing a diaper bank, and a place for refinishing furniture. A soccer field and gardens with new trees are on the drawing board.

“What we’re creating is a model for how to get families back on their feet,” Mercer says.“If these families have their immediate needs met, we want them to be able to dream and have the tools to make their dreams come true.”